News & Upcoming Events
Parent workshop available in online format with Q and A and online option to view when works for you
The next 2 part virtual parent workshop Nurturing Courage and Competence- ...
read more

Kids and Sports: 8 Strategies to Take Charge of Disappointment and Stay in the Game 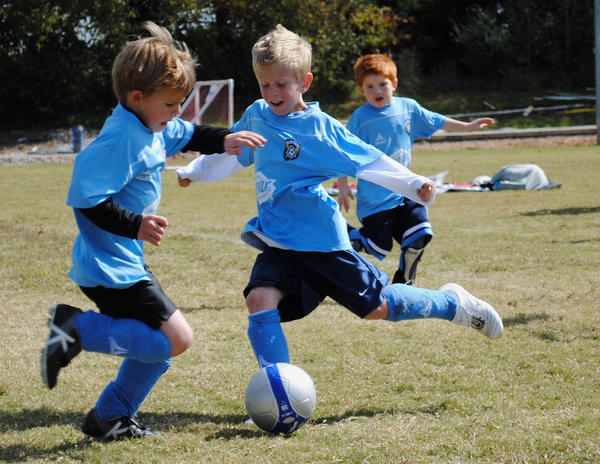 Spring is here and children of all ages are gearing up for the new sports season. For some kids, especially those with anxiety and perfectionism, it’s not all fun and games. In fact, it may not be fun at all. It’s a time of great stress, anxiety, and the dread of failure. And it doesn’t matter if to everyone else’s eye they have played a good game; that fear of failure will not go away. For anxious and perfectionistic kids, it’s not about what happens on the outside, in real life, it’s what happens in their own mind. If they thought they should have done better, or if they feel they have done anything less than perfect, the agony of defeat isn’t a euphemism. It’s visible. It’s public. Sometimes very public. It’s tears, it’s yelling, it’s that mad dash to get in your car before the melt down hits.

What’s it all about? Are kids being bratty sore losers, or is there call for compassion?

No one likes to lose, but for some kids losing isn’t a superficial scratch on the ego, it goes deep. In fact the reason why some kids have trouble losing is that they can’t hold on to who they were before the loss; instead, no matter how many successes they had under their belt, the loss transforms them irrevocably into a loser. It’s as if each game is a gamble where they put all their chips on the table, and if they lose, they’re cleaned out of all of their assets. So losing isn’t the real disaster for these kids, their relationship to losing, is the disaster. If this is starting to sound like some of the adults you know, including yourself, read on, the solutions are pretty much one size fits all.

The secret to a successful season isn’t just choking up on the bat, getting your stance right, swing and repeat… it’s building up your muscle to lift yourself out of disappointment, and quickly. Even if your child is putting in hours everyday practicing, the way that he or she is going to succeed in sports (and in life) is to make friends with, or at least not be mortal enemies with, losing.

In sports more than any other arena, losing is a built-in. Sometimes it’s you, sometimes it’s the other team, but it shouldn’t come as a surprise. And yet, for many kids, it’s like they never saw it coming and it knocks them flat on the ground.

The more that kids can re-think what it means to lose, the more they will be resilient athletes—not only bouncing back from disappointments, but coming back stronger, because they’ve made use of what went wrong to improve— for the next time— what they can do right.

These strategies will help your child maintain perspective when there are those disturbances in the field and put the bounce back in the ball, and in your child’s spirit.

We all want to protect our kids from disappointment, but the more that kids can see that disappointments are survivable, ordinary moments of life, the less they will stumble and get stuck. Children will not only be more resilient and more willing to get in there and play, they will probably play better because they are not doing battle with themselves on the field (let alone how much more pleasant the rides home will be).

© Tamar Chansky, 2013, adapted from Freeing Your Child from Negative Thinking: Powerful, Practical Strategies to Build a Lifetime of Resilience, Flexibility and Happiness, DaCapo, 2008.