Taking Charge of Tics and Tourette's 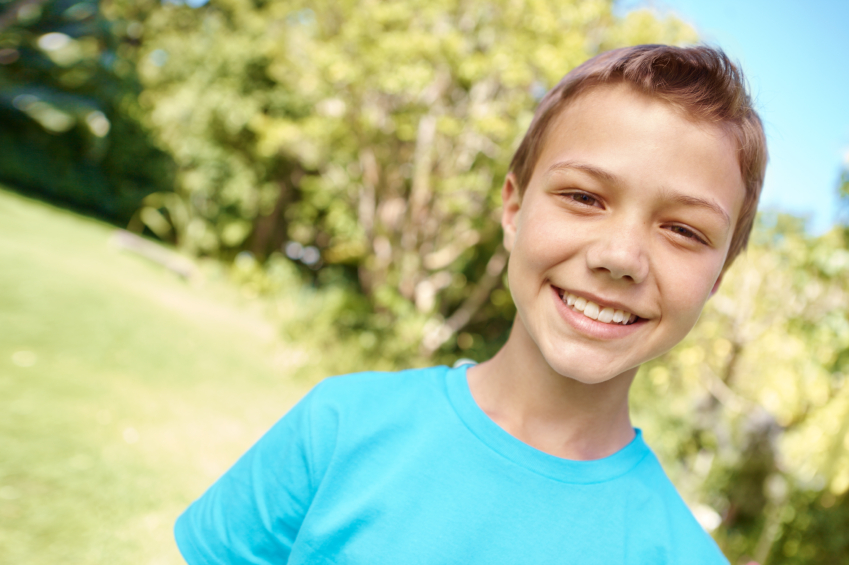 Our mission at worrywisekids is to help reduce children's suffering and free up their potential- what we call transforming the weight of the world into a world of possibilities- for kids who, through no fault of their own, are faced with disruptive worry thoughts and behaviors. In this issue we take a closer look at the experiences of kids who have repetitive, involuntary actions otherwise known as "tics." Many of the children who have anxiety or symptoms of OCD also experiences tics. In fact, studies have found that as many as 50-85% of children with Tourette Syndrome (TS) also meet criteria for OCD. Common tics include eye-blinking, facial grimacing, nose scrunching, touching and clapping. Vocal tics include humming, throat clearing and squeaking. In this two-part newsletter we first look at the experience of tics: causes, red-flags and solutions, and in Part Two, guest author, Holly Niner, author of, I Can't Stop: A Story about Tourette Syndrome, offers suggestions for families contending with tics. While there is much that can be done to improve the quality of life for children with tics and TS, the most powerful tool of all is our understanding; together we can make a difference.
Tamar Chansky, Ph.D.
Director, Children's Center for OCD and Anxiety
Part One: Tics: Unvoluntary: Catch What You Can
Tamar Chansky, Ph.D.
"You can't hold in a sneeze or a cough forever, that's how hard it is to stop. It's not because I want to, it's because I have to." --Boy in HBO Special: I have Tourette's, but Tourette's Doesn't Have Me.
If we think of OCD as the brain sending too many messages to think about things: e.g., worry about your hands, they're dirty, worry about your religion, you might have sinned, with tics, the brain is sending intrusive messages about movement: blink your eyes, shrug your shoulders, clear your throat! Kids with tics and Tourette's don't want to be ticcing, and often they are not even aware of when they are doing so. Tics are no-fault neurological symptoms, meaning that kids don't do these behaviors on purpose and they can't make them stop just like that. Just because tics are neurologically based that doesn't mean that there is nothing to be done to change them. On the contrary, in the same way that there's lots kids can do to control worries, even though they can't help that worry thoughts come in, kids can't help that tics start, but there are many things they can do to decrease the frequency of intensity of the tics... when they want to.

An important caveat in working with kids with tics is to listen carefully to whatthey are telling you about their tics. If their tics aren't bothering them, then it is best to let them be. Don't draw attention to it with questions or feedback. However, if kids are experiencing embarrassment, frustration or sometimes even pain from repeatedly completing a tic, it can be very reassuring to let them know that there are some helpful strategies to gain more control over the tics.

Causes: It May Not Be What You Think

Where do tics come from? Parents often want to know if there is something they or their children have done to cause them, or, if they are a sign of stress. The answer is no, and no again. No one causes tics to come, and while stress (lack of sleep, illness, homework, social pressures) can exacerbate tics, stress can not create tics. As with many medical discoveries, researchers are finding that symptoms are a complex combination of factors, both genetic and environmental.

A surprising but promising line of inquiry is the role of external or environmental factors in the triggering of tics. Such factors as food allergies, cleaning products, even video games may be triggers for some children by way of how the child's brain responds to that event or substance. According to Sheila J. Rogers, author of Tics and Tourette's: Breakthrough Discoveries in Natural Treatments and Founder and Director of the Association for Comprehensive Neurotherapy, with its popular website, www.latitudes.org, there has been a significant increase in tic disorders in recent years that cannot be explained by genetics alone, and environmental factors are implicated. Research has not explored this aspect well yet, but a survey of over 1500 people revealed such environmental triggers that patients and parents can watch for and monitor. They range from certain foods, chemical exposures, stressors, and sensory issues. Parents may wish to look at this trigger checklist to see if any patterns are suggested in their children.http://www.ticsandtourettes.com/downloads/acn_tics_triggers_checklist.pdf An upcoming conference focuses on alternative approaches to treating tics, please go to www.touretteconference.com for more information.

If we look at any classroom we find that it is the rare children sitting perfectly still, in fact most kids are fidgety, so how can we tell what's a tic, and what isn't? Here are some red flags:

List from Freeing Your Child from Anxiety: Powerful, Practical Solutions to Overcome Your Child's Fears, Worries and Phobias.

Tics may be transient, meaning that they are present for a few months and then fade, often to be replaced by another tic soon after. A child is diagnosed with Tourette Syndrome (TS) when both multiple motor and vocal tics are present for more than a year without more than three consecutive months tic-free.

Habit Reversal Therapy (HRT) is a type of behavior therapy which is effective in reducing tics. While it would be great for kids to be able to stop every tic, it is important that kids understand that working on HRT they will be able to reduce some tics substantially, but they won't be able to stop every tic, thus the motto "catch what you can." The key components in HRT are early recognition that the tic is starting, relabeling the tic urge to distinguish it from other thoughts (my brain is sending me the wrong message, or, my brain should be saying "no" to this message), and using competing responses, what I refer to as "blocking moves" to physically prevent the tic from happening or to make it much smaller and less conspicuous. Competing responses are physical patterns that don't allow you to do the tic, so they replace unwanted behaviors with less noticeable or bothersome ones-for example if you have an urge to clear your throat (loudly and repeatedly), doing a soft swallow or a deep breath instead prevents the tic from happening. In order to identify the best competing response/blocking move, children are asked to do their tic in slow motion (the therapist does it too), or in front of the mirror. Once a competing response is identified, children practice bossing back and blocking the tic for several minutes to help their muscles learn a different response to the cue or urge to do the particular tic.

HRT can be employed when kids get a premonitory warning (a feeling of building tension-think about how you feel before a sneeze) that the tic is coming. This warning sensation is a window of opportunity for a child to employ a blocking move or to do deep breathing as a competing response. If a child just "finds himself in a tic," i.e., there is no warning, then it isn't possible to use HRT to prevent the tic, however, by increasing his awareness, that child may be able to reduce the intensity of the tic or the number of times that it is repeated.

Does My Child Need Treatment?

Parents struggle with whether their child needs help for tics, whether that will be helpful or if bringing more attention will be more damaging. The basic rule of thumb is to ask your child. If your child tells you that he or she is suffering by the tics either physically or because other kids are responding negatively, then it will be beneficial to seek treatment. Treatment is provided by behavior therapists specializing in tics. Please see the resource guide for referral sources.

Kids with tics and TS are extraordinary, normal kids with busy brains that aren't doing the job to keep certain actions from happening-plain and simple. Having tics should not prevent children from doing what they want to in their lives. Often misunderstanding or judgments by others curtail the child's feeling of comfort and safety in the world. This is where understanding and accuracy come in. Parents can simply explain to others, "He can't help it, but he's trying, it's like a hiccup in the brain. You can help him most by not drawing more attention to it."

Living with tics is a complex undertaking, but it could be so much easier for kids and families if there were greater understanding, acceptance and compassion. Let's all plant the seeds of the tree of telling, it will make a world of difference for kids with tics. In the wise words of another child from the HBO special: "Kids with Tourette's Syndrome are just like any other kid, just with a few disabilities, but overall, we're just like... you."

www.touretteconference.com
Tourette's, Tics, OCD and Depression Natural and BioMedical Approaches for Practitioners, Patients and Their Families
May 23-24, 2009 in Dallas Texas

http://www.youtube.com/watch?v=qjWdnQZGScs&feature=related
HBO and Tourette Syndrome Association: Learn from the real experts; Kids with TS talk about their experiences. I have Tourette's but Tourette's Doesn't Have Me

www.latitudes.org
Sheila J. Rogers, author of Tics and Tourette's: Breakthrough Discoveries in Natural Treatments and Founder and Director of the Association for Comprehensive Neurotherapy

http://www.ticsandtourettes.com/worksheets.htm?
Worksheets about triggers and how to plan around them from Tics and Tourette's: Breakthrough Discoveries in Natural Treatments

Further Reading:
Natural Treatments for Tics and Tourette's: A Patient and Family Guide by Sheila Rogers (2007).

I Can't Stop: A Story about Tourette Syndrome. Holly Niner (2005)

By Holly L. Niner
Author, I Can't Stop: A Story about Tourette Syndrome

As you read this paragraph DO NOT blink. I am not sure how far you will get and I could probably be writing anything because as you concentrate on not blinking you will pay less attention to my words. Are you eyes feeling itchy or do they burn? Are you feeling a bit tense? Do you feel like you are going to burst if you don't blink?

Go ahead.
Blink.
I bet you can't do it just once.

What you have just experienced is what a tic is like. It builds up, maybe it can be controlled for a bit, but finally it has to be done. A tic can be motor-eye blinking, finger tapping, leg jerking or vocal-sniffing, throat clearing, tongue clicking. It can be simple like those listed or complex-twirling, leaping, repeating words or making animal sounds. A tic is NOT a habit or purposeful behavior. In fact tics change, waxing and waning over time. A child with TS feels a lack of control over their body. Like a car sliding on ice they feel powerless to stop the tics. But if parents and teachers work together with the child he will gain control over TS.

For a child with TS school can be a very stressful environment. Under the best of circumstances children struggle to be comfortable with themselves and fit in with their peers. For a child with TS this is more difficult because their tics often lead to ridicule. How can a child give school the necessary concentration if they are dealing not only with tics but the added emotional stress of how others treat them?

Below are some strategies that will help you as you work with a child who is struggling with TS. Education is the key. The more you understand about TS the easier it will be to: