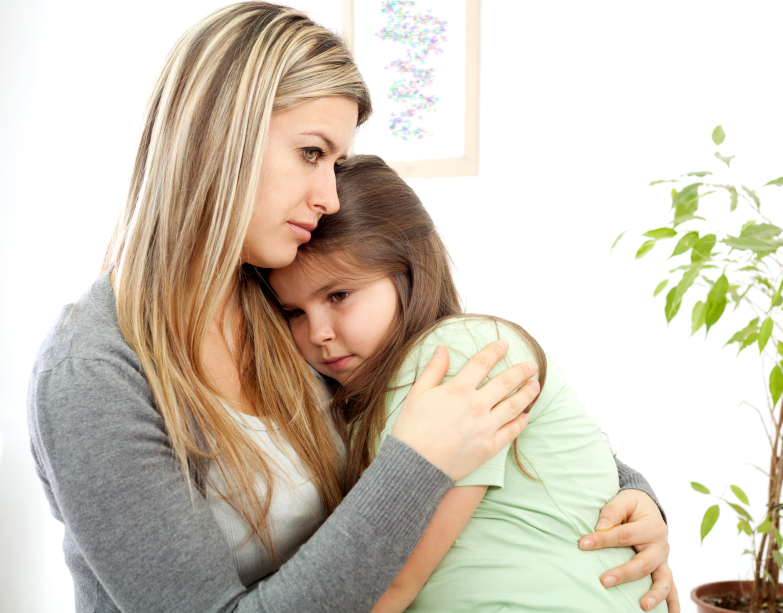 Our mission here at Worrywisekids is to teach adults how kids can be smarter than their anxiety and not get pulled into the worry tricks the mind tries to play. This can be difficult enough when a child is worrying about familiar or reasonable concerns--getting good grades, or making a good impression with friends. But when kids begin to fear things that seem bizarre and completely unreasonable, it can be very destabilizing to parents and kids alike. In this issue, my colleague at the Children's Center, Dr. Lynne Siqueland maps out the frightening but ultimately manageable territory of what we call "bad thought" obsessive compulsive disorder (OCD). She shows us how just with any other type of OCD, the goal is to not heed or be afraid of the intrusive thought but to hear it as the brain hiccup it is and rather than grab hold of it, analyze it or try to undo it, to let it pass through the filter of the mind and move on. While the journey through these thoughts is one that you will likely need to take with a therapist's guidance, we hope that this information will help you be on the same page as your child's therapist, or, make sure that your therapist is on the right page on behalf of your child. If your child is not in treatment, but you think he or she may need it, check out the links under Resources on the website and you will find numerous organizations that can provide referrals by specialty and geographic location. If you'd like to read further on the subject, you can check out the chapter entitled Bad Thought OCD in Freeing Your Child from Obsessive Compulsive Disorder which is available in the Bookstore link on this site.
Tamar Chansky, Ph.D.
Director, Children's Center for OCD and Anxiety

By Lynne Siqueland, Ph.D.
Children's Center for OCD and Anxiety

What is a parent to do? What is a parent to think when out of the blue their child comes to tell you I think I touched your private parts, I just made a deal with the devil, or most scary, I think I want to kill myself? Many people know something about OCD, they might think about handwashing, checking, or counting, but there is another aspect of OCD that is not often talked about or even understood by the public. For lack of a more technical term, let's call it bad thought OCD- intrusive thoughts of harm to self or others, inappropriate sexual thoughts, thoughts about God or religion, or simply doubt about one's actions.

This is one of the few ways OCD seems to prey on what the child holds most dear or cares about the most. Children are often tormented by these thoughts because they don't know where they come from and conclude that they must want to be thinking that or secretly feel that way. They can be terrified by the possibility that they might want to and are going to act on their thoughts. Kids who are open with their parents about most everything else can keep these thoughts secret, because how can they tell the parent they love that they have images of killing them. Instead kids start to get grumpy and irritable, they start to become more withdrawn, they may have trouble concentrating and focusing on school and other tasks, and they might start avoiding things, people and places to protect others.

Despite the suffering that bad thought OCD causes, it is very treatable. A number of the techniques we use for other forms of OCD are applicable here. But in addition, there are a few approaches that are specific for this form of OCD. A careful assessment by a professional with experience in OCD is crucial to make certain that the symptoms are OCD and not another disorder (serious depression with truly suicidal thoughts, psychotic thinking). Indeed, many kids are so stressed and upset by having their life and head filled up with these thoughts that they may be feeling genuinely suicidal at the beginning of treatment. Here are some common differences. Kids or adults who don't have OCD tend to experience these violent thoughts as commands from a voice other than their own and often from outside their head. In addition, they might enjoy or like the thoughts, feel they would enjoy doing the things the thoughts tell them about. In contrast, people with OCD are very distressed about the thoughts and try to avoid them.

How to know it's OCD

Once it is clear that it is OCD, the most important part is educating the child and family about what is happening in the child's brain. Their brain is misfiring or hiccupping, sending out a nonsense message wrapped in very scary packaging. The child needs to know that it is his reaction to the thought that is causing the problem- the thought is scaring them because they think it is important and has to mean something. The most important thing to do is rename it as OCD or a brain trick. Kids need to also now they are not going to do the thing that is in their thoughts no matter how much it comes to their head. We teach kids that trying to suppress thoughts makes them occur more frequently. If possible, they want to let the thought come in, think that was weird or that was OCD, and let it float on out like a cloud or a wave. They want to switch gears, shake out the sticky thoughts, and then do what they want to do.

We teach kids to

After the education, we need to work on the rituals like other forms of OCD. The most common is telling or confessing all the thoughts. This is one of the most painful and upsetting components for parents. Parents really need to be calm and need to help to reframe for their child that this is OCD not their thoughts. Parents especially need to avoid saying things like "how could you think or say that or why would you thing that- because kids are already beating themselves up with these words. Parents need to help remind kids no matter what they think, it does not make them a bad person. Some kids once they understand about OCD can stop telling cold turkey but the other options are available. Therapists work with kids and parents to reduce rituals slowly by using coupons to allow a certain number of confessions, writing the thoughts down instead, or limiting confession to a specific tell time each day.

It is harder to recognize mental rituals that are common with bad thought OCD. Therapists will ask careful questions- does the child think of a positive word or create a good picture is his head to neutralize the bad image. Does he say a prayer, a special word, or does he think to himself I am a good person. Does the child mentally review his day in his head to make sure he did not do something bad. The therapists work with kids to change and eliminate these mental rituals. In addition, the avoidance needs to be addressed through exposure like other forms of OCD. If a kid is scared about being around scissors because he is afraid of stabbing his parent, he needs to work toward having his hand on the scissor while being near the parent. If a child is afraid, she will drink poison, she needs to practice having her hand on the poison bottle. These situations are practiced step by step moving up to the most feared situations, first in the office with the therapist and then at home. The point is not about exposing a child to inappropriate dangers, it is to help the child see that these situations which occur in the typical course of life are not dangerous to them.

Many times these strategies alone bring the child relief and reduce the number and intensity of the thoughts. Sometimes kids will still have thoughts but they say the thoughts don't upset them anymore or get in their way. Other kids will require another level of exposure through the use of audiotape loops. The therapist will work with the child to first write out a script of their feared outcome in all its detail. Then the therapist will record the child reading the script onto a loop audiotape (like the kind used for answering machines) and ask the child to listen to it for specific amounts of time each day. This will help the child desensitize or wear out the scary message. The child listens until the content becomes boring instead of scary. Parents need to understand the rationale and why these seemingly bizarre approaches are used. The therapist needs to explain the purpose of exposure and response prevention in the context of intrusive thoughts. These tapes are usually used with older children ages 10 or over (with case by case exceptions). For younger children, the therapist and child can make up silly songs about the feared content (going to jail, poison, etc.) both to expose the child to what they fear but also change the tone from serious to humorous.

The good news is although this is scary stuff- this form of OCD is very treatable. Often this can be done with cognitive-behavioral therapy alone. However, sometimes a child is just too depressed, too overwhelmed, or too bombarded by thoughts to do the treatment or function in her life. Medication, usually the SSRIs, and sometimes the atypical anti-psychotic medications, can do wonders in dampening or eliminating these intrusive thoughts. There is a place for medication in some cases. Unfortunately because OCD often waxes and wanes, the bad thoughts can return after withdrawal of medicine if the child has not learned other tools through CBT to manage them.

The therapist will design the treatment plan for your child, but the parents' role is also important because kids look to parents for their reactions as well as their support. The parents' job is to be brave too, and to show their child that they are not afraid of their child's fears. This helps the child have confidence in him or herself.