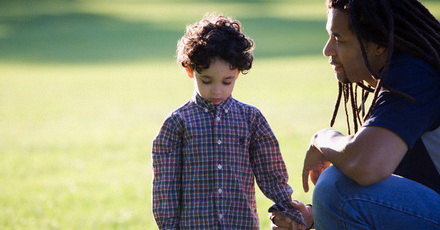 A panic attack is a sudden rush of uncomfortable physical symptoms and a feeling of imminent danger (doing something embarrassing such as fainting or throwing up; having a heart attack, or not being able to breathe). Unlike other anxiety subtypes, the first panic attack is not triggered by any specific event, it occurs out of the blue. Following this, children may fear and attempt to avoid the situation or setting where the first panic attack occurred in order to prevent it from happening again.

In treatment, children learn that a panic attack is a completely harmless (though frightening) testing of the emergency response system in the body. All the uncomfortable symptoms a child experiences can be explained by specific actions of the sympathetic nervous system. Once the child understands how panic occurs, he or she learns how to control worries about the panic itself, as well as control the physical symptoms through breathing techniques. Panic symptoms may be simulated through hyperventilation, spinning in a chair, running up and down stairs, so that the child can practice breathing techniques and constructive interpretation of the physical sensations that these activities trigger. Once confident that they can stop the panic spiral, the child next begins to approach the situations (often open situations-church, supermarket, auditorium, movie theater) which have been avoided due to fear of having a panic attack.